110 degree truck stops and nights sleeping on a ground so cold you felt like your nipples would freeze off. Cities of millions to towns of barely a hundred. The coast of the pacific to the flatlands of Texas. Every mile in between filled with a sense of limbo. In between one place and never quite fully in another. Blue skies that are littered with the clouds you see from old world paintings. Empty nothingness stretching out for an endless eternity with nothing to look at but the paved road ahead. This is a road trip.

You wouldn’t think that two girls in a white convertible stuffed to the brim with anything and everything you could imagine would get a lot of looks. Well. Maybe you can. Maybe that’s why we bought tacky hats at roadside gas stations to obscure our red lipstick and blatant disregard for the standard look of a weary traveler.

We zigzagged between cities bustling with people, friends we were heading towards full throttle or strangers that would eventually meander into our journey. After a city we would nestle ourselves into the abyss of nature, huddled around a campfire that we built barely by the skin of our teeth and helluva lot of ingenuity and old business cards. In the darkness, we’d eventually come face to face with the startling fact that we were the only ones around for miles. Along the way we stopped by abandoned roadside diners that remind you how easy it is for life to come to a close. We’d screech the brakes to a halt to take a picture of a sunset, train tracks, rainbows, or a row of mailboxes so out of place that we had to document them. We would sit still in the night and look out onto the mountains or trees or oceans and just listen to the natural noise of the earth. This was our road trip.

If you want to hear the most stifling quiet on earth, stop along Route 66 in the Mojave desert around the edges of California. You won’t hear a thing. Not a bug, not a car, not a voice, not even a shriek of wind to break the unbearable silence. Just stifling quiet.

If you want to feel the enormity of nature, go to the Redwood Forest, where trees make skyscrapers seem manageable. Hundreds of years of growth, corralled in by mountains making them that much more unattainable. You look up and you realize no matter how low you ever feel, you have the memory of these trees to encourage you to keep growing up into the confident and magnificent person you were planted on this earth to be.

If you want to feel close to the edge of the earth, look down into the Grand Canyon. But don’t just look down, look out into the vast expansiveness of formation. See colors of gravel you didn’t know existed. Throw a rock down into the cavernous earth and relish in the reverberation of its noise. Drive into the campground at 1 in the morning and confuse a statue of a moose for a real, monstrous-sized elk moving into the woods. Allow yourself to wander alongside the canyon during the midnight hours and feel terror at the darkness. Allow yourself to feel bewildered. Allow yourself to feel the majestic nature of this world and feel bliss in knowing that you are witnessing it.

“If you want to see everything awesome and terrible about America, go to LA.” Stay in a house that reeks of weed with homemade art littering the walls. Lie on the ground of a bedroom that’s only decoration is an LED candle illuminating the emptiness of the room. Meet people you may never see again and reunite with those you can’t imagine never having met. Sit in traffic and still hate every waking moment of being there.

If you want to get to know someone, drive with them in a car for 9 days straight. Hear horribly pitched notes to your favorite song. Laugh uncontrollably at the most awesome rendition of Don’t Stop Believing you’ve ever seen. Feel someone looking at you with eyes that don’t judge, but rather know how your feeling without speaking a word.

But hear the same spoken words a thousand times. “Where are the jalapeño chips?” “What’s the exit? Fuck you Siri!” “I have to pee.” “Can we listen to Colors of the Wind again?” “Is your phone charged yet?” “I’ll have a latte with an extra shot.” “How many beers are left? We need another six pack.” “I have zero bars.” “Does Amaro or Lo-Fi look better?” I need to buy this.” “We should check out the Goodwill here.” “Of course we’ll make it.”

Spend hours looking at America together, listening to the same reggae CD on repeat, eating in the most unladylike way with the most grotesque food and smile because you have shared something together that will transcend a period of your life into a timeless memory of youth.

If you want these things then take a road trip. Go. Flee your life for brief moment and get perspective on what matters in life. When you return, everything will still be waiting patiently for you. See America for everything that you’ve never known it could be. Witness what the world looks like with nothing shining down on it but the moon and the stars. Escape your responsibilities and troubles, knowing that you’ll eventually have to come back and scoop up up the littered remains of your life. Feel the lightness from being in a moment so free from attachment. Realize you have nothing holding you back from such a trip but the life you yourself have created. So if you want to see creation, leave what you have manufactured to witness what the world created of itself. 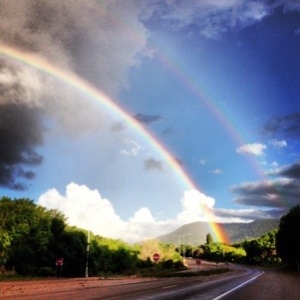 Today officially marks the two weeks leading up to my departure from Texas to Florence. It’s been a long time coming and I feel like I am better prepared for it after writing several of these blog posts.

But at the same time, it’s finally hitting me that I’ll be leaving everything behind. My boyfriend, family, friends, and my closet. All the things I love most in this world will be here in America while I’m out gallivanting off in Europe. I guess it finally hitting them that when you travel, you are always going to be leaving something behind.

Regardless, I am stoked. This semester is going to be a much needed break from my rigorous schedule of work and school. I’m looking forward to having lots of adventures and experiencing everything study abroad has to offer me. One of my resolutions for the new year was to maintain an open mind abroad. I also wanted to focus on staying positive. I need to be prepared for things to get messed up along the way and allow myself not to plan every detail of my trips. I also need to focus of making new friends and making sure I don’t get wrapped up in my anxiety. Change is sometimes really hard for me to do, but I hope that the beautiful sites and people abroad will help to numb the pain. 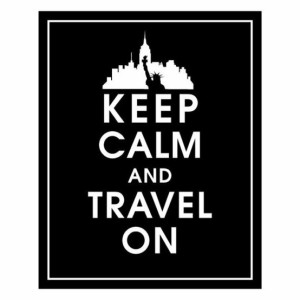 So after months of trying to decide where to go abroad I have my top list of places:

4. And I’m leaving this last outside trip open 🙂 Although I will say I’ve been throwing around the ideas of Poland, London, Stockholm, Budapest, Berlin, Dublin, and Amsterdam….but we will have to see once I am there. 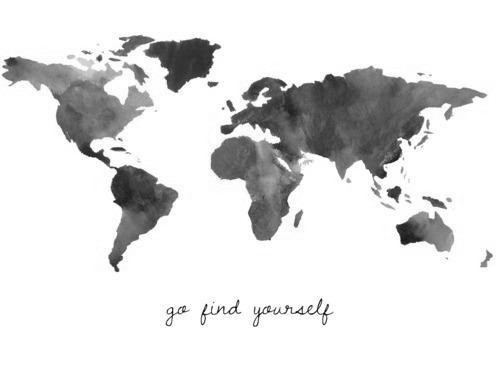 Back in November 2010, I also made a list of the top 10 places I wanted to visit (and I was so sure I was going to see all of these hahaha):

1. Paris, France (cliche but it’s a must for any fashion junkie)

7. India (where I want to spend my spring break)

I am so happy with how much I’ve changed just in the past year at home, but I know there are so many more changes ahead of me in these next few months. I hope I can still reflect and write about them on my blog, but if not there’s always Facebook. 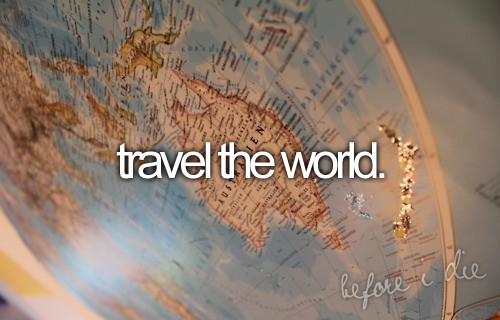