Goodbye to the tico way…

As my time in Costa Rica is coming to a close, it´s hard to believe I´m already saying goodbye to my first country. To quote Robert Frost, ¨But I have promises to keep, And miles to go before I sleep, And miles to go before I sleep.¨ and I have been trying to set my sights on my next…well…sites. Bocas del Toro, Boquete, and Lost and Found Hostel in Panama for November. Then Panama City, where I´m chartering a sailboat to take me to Cartagena, Colombia and onto Medellin, Colombia for the month of December. 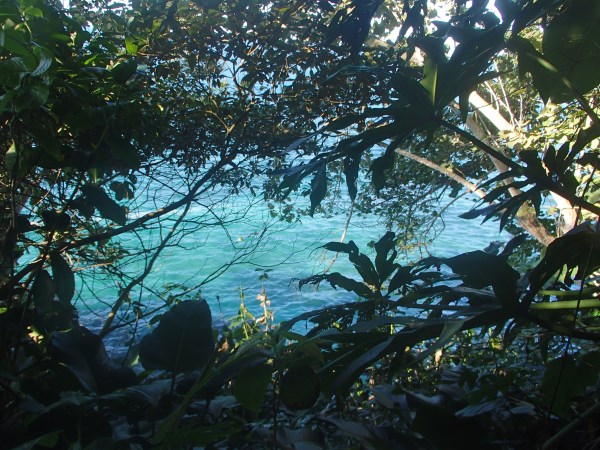 But there´s still the matter of reflecting on my time in Costa Rica and what I want to take away from the 6 weeks I´ve spent here in the Carribean. My wonderful soul sister sent me this aptly timed article about the various deaths that occur over our lifetime in the form of our ever-changing identity. It spoke to something I´ll be inevitably dealing with from country to country on my journey – the leaving of one identity in country and the adoption of a new persona in each place.

¨The death of an identity is like the shedding of armor, which exposes the soft, tender, vulnerable places and opens the heart in ways we couldn’t have imagined without the loss.¨

My legs are covered in more bruises and bug bites than I thought possible on one person. My understanding of clean and dirty are completely relative now. The minute differences between needing, wanting, and craving a shower. Sand will most likely accompany me for the remainder of my trip, smuggling its way into the nooks and crannies of my now musty smelling backpack and its ramshackle contents. My patience has grown (in addition to my leg hair) and with it comes a better understanding for the tico way of life, where 10 minutes mean an hour or mañana means a week. 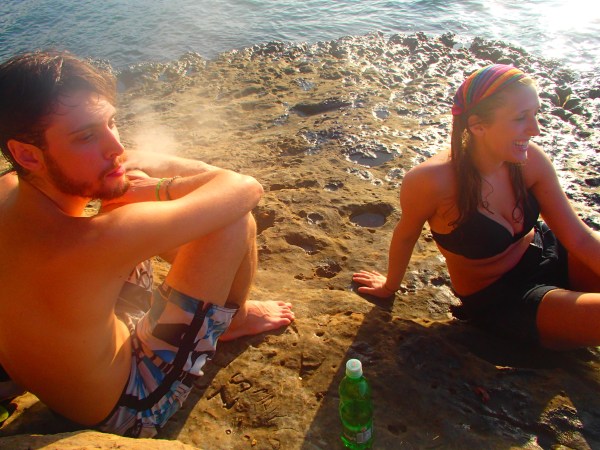 I´ve been able to experience a life that people only dream of. Yesterday, the small family I´ve grown to love here hiked to a gorgeous lookout point at Punta Uva. While sitting along the rocky point, the waves crashing along the sides, the sun setting on the water before us, reflecting back all of its soul pumping sunshine onto us, someone began strumming a ukulele from the ledge above us. I´m not kidding. This was real life. This was my life.

But saying goodbye is part of the life of a traveler. Saying goodbye to paradise and the many forms I´m sure it will manifest itself in throughout my trip will become as second nature to me as throwing toilet paper in the trash can. It´s time to say goodbye to Costa Rica and the woman I was here. Which parts of her do I want to take with me? Which parts do I leave behind for the sea to reclaim like a piece of driftwood?

The person I was here was timid, believe it or not. I was scared, afraid of sticking out too much or sounding stupid when speaking the broken and littered Spanish I know. I apologized for the space I took up in the world, being a tall and large girl, and I regretfully informed people where that space hailed from – the dreaded America. In moving on, there is little I can do to change how I look and where I come from. These are pieces of me, pieces that make me who I am and I refuse to apologize for them any longer. So let the sea wash away these pieces, but leave the person behind who is able to find comfort in solitude. ¨Cool¨has become such a complicated word – each country having its own understanding of what it means – that it´s impossible for me to embody such a word. So better to focus on expressing who I truly am. With that comes my sense of style, something I abandoned in favor of clothes that were basic and functional. This was an idiotic oversight on my part. A woman whose main form of self-expression has been style cannot have her individually ripped from her hands in a moment where she is clamoring to anything familiar that she can find. I miss my brightly colored clothes, fitted and flirty dresses, and the feeling of feeling pretty. It´s a small thing that becomes magnified as time travels on. 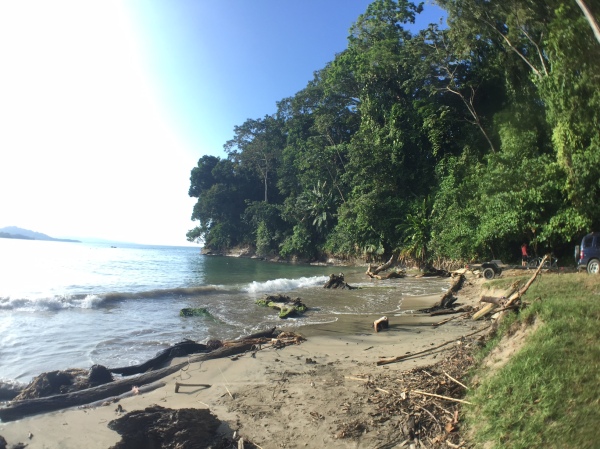 One of the biggest takeaways is the level of control I have over my own happiness. Happiness is not relative, like cleanliness. Happiness is right there in your backpocket next to your colones and your fuego. There was also a long adjustment period here. It took me a couple weeks to finally let everything sink in, from the language, food, culture, new surroundings, climate, people, and work, everything took some level of understanding to get to place where comfort was at least in relative reach. Moving forward, I know I have control over how long it takes me to feel comfortable, and the longer I take feeling like an outsider, the longer I will remain one.

One thought on “Adios a la Forma de Tico”